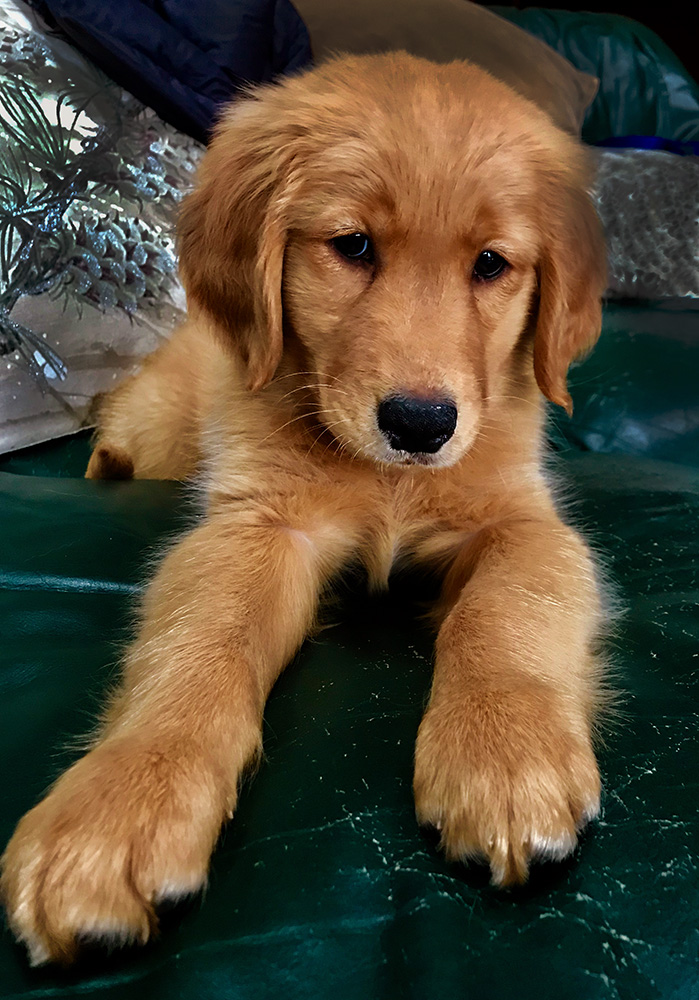 O.K. to be clear, the birth of Christ is the greatest Gift the world has ever recieved, Period, end of sentence!  On a personal note, this Christmas I am getting something I have wanted for a long, long time!   Meet Chester, a two month old Golden Retriever!  I waited until I cut back my travel schedule until I had time to spend the first three months with a puppy and raise him right!!!  Actually it is more, him raising me, I guess!

Let me tell you the back story!  I’ve had dogs my entire life, but when Sherelene’s and my three chilcren grew up and left home, we both had very busy schedules and we simply didn’t have any more pets for a long time. When I started teaching with Jack Graham I had the pleasure of visiting him at his home, and meeting Linda and Roscoe!  Roscoe was his Golden Retriever, and they were best pals!  I really loved to visit Jack and Linda and get to sepnd time with Roscoe too.  I could throw him a frisbee until my arm was sore and he was still going strong!!  He was a real sweetheart and I think he really liked me too.  Little did I know that Golden’s love EVERYONE!  I guess I was not as great with dogs as I thought!

Well back in late fall Roscoe’s hips finally gave out on him and they had to have him put to sleep.  It was really hard on Jack and Linda, and honestly I was devastated too.  Sherelene could see how much it upset me and she said I think now is the time for you to get your puppy.

The search which started back in August was exhausting!  I never knew how many people were looking for American Golden puppies of the darker color and almost every one I found with puppies, they were all been spokent for.  I finally found a great breeder  and she had three females all do in a time frame that would get me a puppy by late Novemeber!  I was set!  Sadly weeks later all three females had false preganccies.  I have to admit I was in a panick.  Then I found a breeder with two males that were ready December 8th, perfect timing for me!  I was happy and made a deposit and picked a pup via internet images.  I know that sounds like a bad idea and it turned out to be.  For weeks I asked questions of the lady with the puppies and she was very reluctant to answer my texts and only sent and occasional image I started to worry about the whole situation.  When she revealed that the puppies would be going home at 6 weeks, it sent off alarm bells, that is pretty early to break up the pups and mom.  When I started to press for answers she blew up and started acting pretty freaky! I could see it was a bad idea, and was starting to realize a dream of getting Chester, (named years ago when I fell in love with the movie “The Kid!” )  Anyway it appeared it was not to happen. Jack and Linda contacted a friend of theirs who went to work looking for a pup and Jamie Baker, their friend a world class dog trainer, was still not having any luck finding a pup.

Here is where the real Christmas Story begins!  On a ride to Lexington Sherlene and I were talking and I was sharing my extreme disappointment with the failed search, spanning months. I said a prayer out loud in the car, “Father I know you love me and I feel silly praying about a puppy, but you know how much this means to me, I believe the “Real Chester ” is out there somewhere and I am not having much luck finding him, I’m turning it over to you, I trust you with this situation, please send me the puppy you want me to have!!”  I truly relaxed with it and let it go.  Some how I knew God was in control.

That night the original breeder called and asked if I had found a puppy and I told her sadly not.  She said she had a breeder friend that had a litter and she thought there were three males left,and they were to be ready by December 1st!!!  I called and she sent me images and this one below just struck me at how much I could see Roscoe’s face, in his!

So I picked him up on Saturday, and his official name is Chester Roscoe Fortney, and Jack and Linda are the God Parents!!  Below a few more images so you can share my joy!  Merry Christmas! 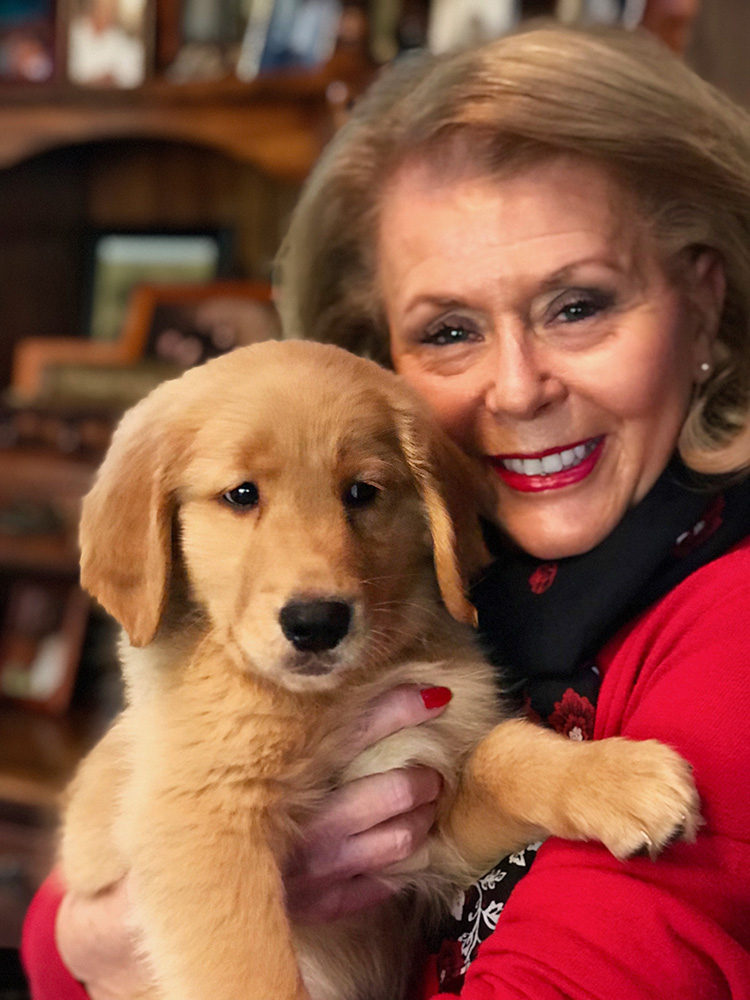 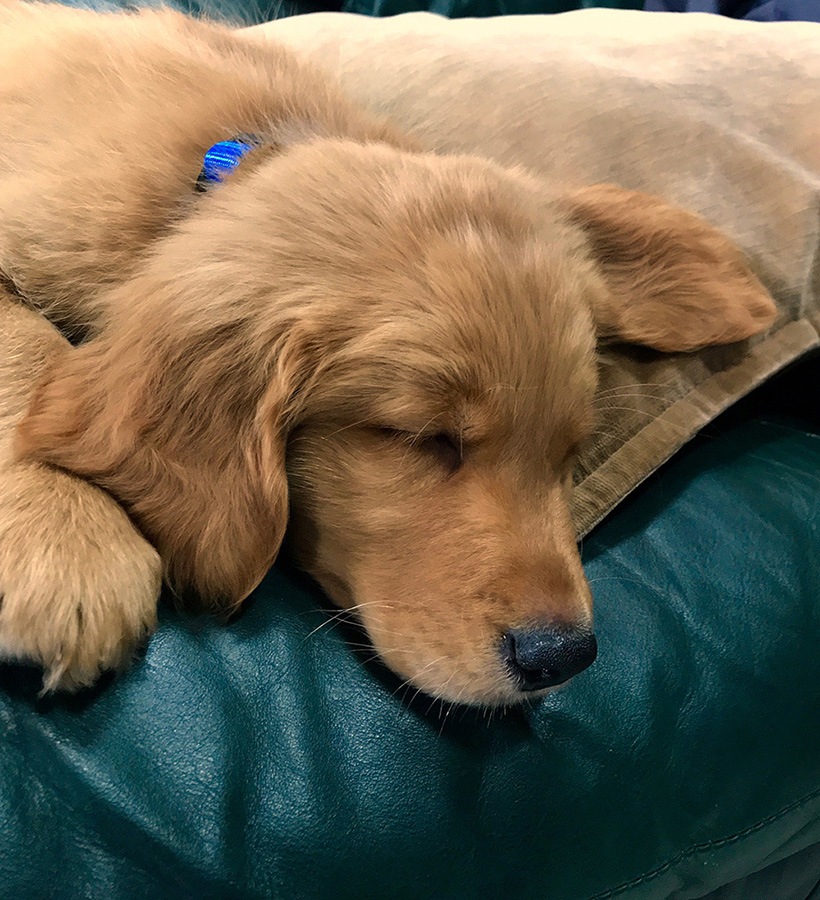 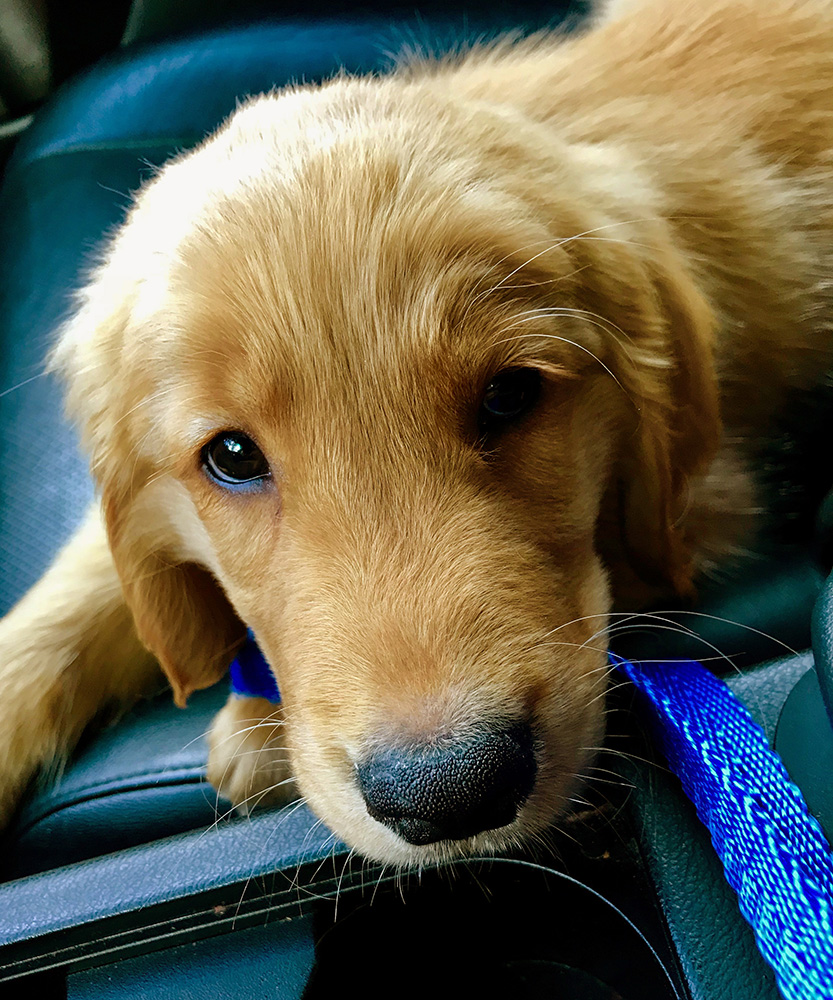 So that’s my Christmas story, a little long but it ended wonderfully for me!  It reminded me that God does care about even the small things in our lives and I”m home watching the snow fall and loving on Chester, a happy ending!!!!

Double P.S.  Since he moves faster than lightening, all these have been with the iPhone!!!