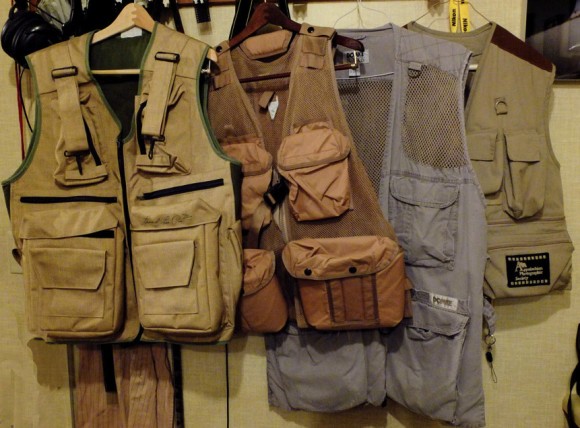 For years I’ve tried every conceivable way to carry my gear, and on many occasions a photo vest is the right solution, that’s probably why I own five!!!!  Well two were gifts, and I’ll get to that later.  I break vests down into two categories, stylish and utilitarian.  The most commonly seen vest is the Domke vest and for good reason, it doesn’t scream “Photo gear!”.   It can actually look fairly nice.  I have a second that is very much like the Domke but is special to me for another reason entirely!    It was made by Banana Republic back when they made “real” outdoor clothing.  This is the story; My wife and I were at Hilton Head on a summer vacation with the family.  I was tagging along with her while she shopped, not my favorite activity.  She drug me into a Banana Republic, and while she was checking out the women’s clothes I saw this great photo vest, and fell in love with it.  She could see how much I wanted to get it, but unlike herself, she insisted I didn’t really need it.  After a lot of discussion I walked out of the store without it, admittedly a little disappointed.   Six months later sitting around the Christmas tree she handed me a clothes box size package, I wondered as I opened it what she would have bought me in the clothes line, as I seldom let anyone buy my clothes, but myself.  Of course you know what is coming, I opened the box and to my shock found the vest she has slipped and bought me back in the summer.  She said, “You are impossible to surprise, but I got you this time!”  She had, and that vest will always be my favorite!

I think the Domke and “special gift” type vests are best when you want to carry just a couple of extra lenses and some small accessories or filters.  They distribute the weight well and as I said,  you don’t look like a pack horse in them.

The utilitarian type vests like the Leonard Lee Rue and Vested Interest vests above are best when you have to carry a substantial amount of gear and you want it well protect, and frankly you don’t care what you looks like, after all, photography comes first!   The Vested Interest vest has great padding and hold lenses in pockets that are easy to work our of, and is constructed to last for decades!  The Leonard Lee Rue, is a cross between the Vested Interest and the Domke, slightly less bulky than the Vested Interest but well made and very roomy.  I got mine from the son of a friend who died recently, he found it in his Dad’s closet and suggested he would like me to have it.  I’m honored and will keep it in his dad’s honor.  I also happen to love Leonard and Len Rue, two of the nicest people in photography!

Below is one last solution that is not commercially available though several other brands are, a photo jacket.  This one is one of only four in existence,  it’s the Bill Fortney Photo Parka, another of my great ideas???!!!  I made it for photojournalists in the 70’s.  The coolest feature is the tan color is 18% reflectant!  Oh well, not every idea goes over so well!  Only four prototypes exist.  Bill Pekala, Ned Beatty, Don Nelson, an I have the only four.

When you don’t want to carry a shoulder bag or back pack this may be the answer!! 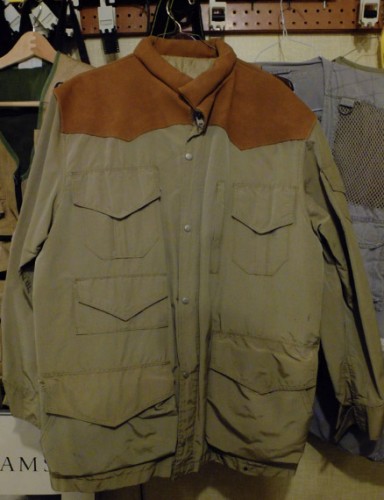