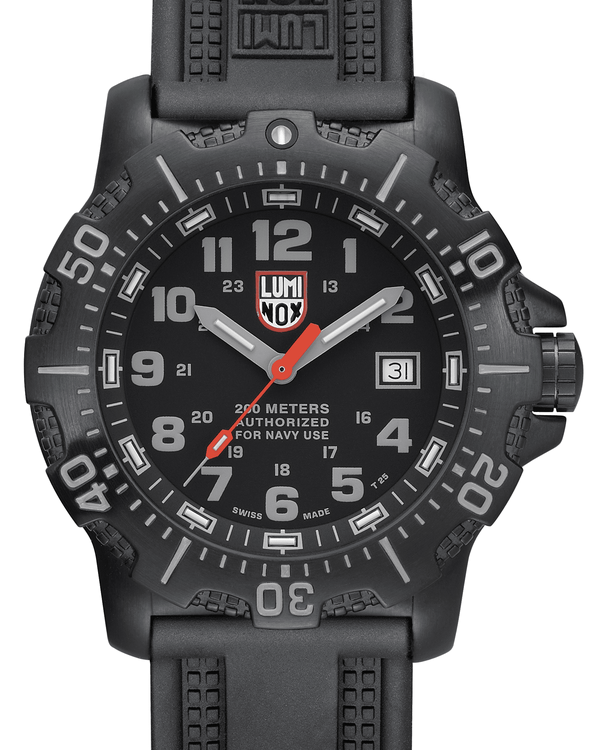 I would like to share an interesting story with you and it has some twists and turns. A couple of years ago I bought a watch, the watch above, the Luminox ANU 4200.  ANU stands for Approved for Navy Use.  This is the watch that is given to BUDS graduates (Navy Seals)!  I found it on sale for a little under $400. and finally broke down and bought it.  I really like Luminox watches and have several.  I hate to admit I have several dozen watches, I just like them.  So I wore it for a few weeks and one morning in church a older member of our congregatio,  let’s call him Bob, was sitting one pew in front of me. I love Bob he is an ex-Marine, though he would say there is no such thing, “Once a Marine, always a Marine!”  Bob is in his late 80’s and wears a hat to church every Sunday covered with pins related to his Marine service.

So I’m sitting behind Bob staring at his Marine pins and the Lord spoke to me in my spirit, “You know you’re not a Marine, you never have been, but yet you’re wearing a fine watch made for a Marine, don’t you think Bob would like to have that watch?!”  For the rest of the service the Lord and I had little wrestling match which I was slowly loosing!  By the end of the service I knew what I  had to do and what I should do, and in fact what I wanted to do!  I approached Bob and asked him if he had a watch.  He said yes, and showed me an old square faced watch on his wrist.  I took the luminox off my wrist and handed it to him and said, I think God wants you to have this!   I told him the Marine signifcance of the watch and he teared up and thanked me very humbly.  I said Bob,  “you served your country with great honor and distinction, you’re the kind of guy that should own this watch, not me!”

A couple of weeks ago Bob went home to the Lord and a bunch of Marine buddies that proceeded him in death.  It was a great loss for our church, community and for me personally.  I looked forward every Sunday to visitng with Bob, who was a character and always had a funny things to say!  After his death I called my Pastor and shared this story with him and aksed him if it would be inappropriate if I asked his wife if she would allow me to wear the watch in Bob’s memory.  He said he thought that was completley appropriate.  I called her explained that it was a gift and she was free to do anything she wished with the watch, but if she had no use for it, I would like to wear it and remember Bob that way.  She said she would like that, so this morning she brought it to church and told me that Bob showed it to everyone and told them the Marine significance of the time piece.  It is once again on my wrist and though I don’t deserve the honor that goes with it, I will wear it proudly knowing Bob, a real American hero once wore it, and earned that honor with his sacrifice and service.

On more than one occasion I wished I had it, but I knew it was where it should be!   So it came full circle and I’m so glad I listened to my spirit when the Lord urged me to do what He urged me to do!  A part of me really did not want to part with it, but I felt the tug on my heart strings so strong that morning, I knew it was the right thing to do.  The look in his eyes confirmed it and his wife’s words when she handed it back to me this morning was further confirmation!  We don’t really own anything here, it all belongs to Him, and we need to share and distribute according to His instructions!  I’m so glad I did!

Obedience is better than sacrifice!