Let me start by thanking you guys for making the new Fujifilm Guide to the X-Series so successful!  In the first five weeks you’ve purchased over 140 books!  Even better, I’ve gotten a  numbner of nice emails from people expressing their delight with the contents, so, thanks again!  It seems of all the questions I’ve gotten, the most are asking me to elaborate on the page below, and then answer some of the most frequently asked questions about lenses in the X-Series. 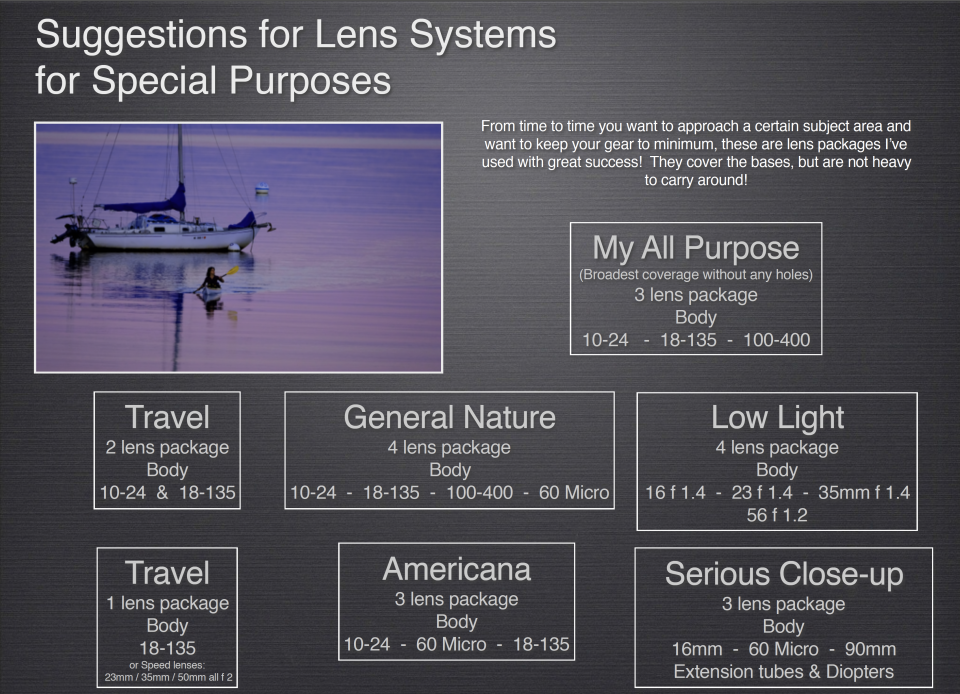 The 18-55 was the kit lens with my first X-Series interchangeable lens body the X-E1,  For a long time it was my most used lens and some of the very best images I’ve made with the Fujifilm System have been with that lens.  It was light, well built, had great OIS and was tack sharp.  On a trip to Acadia a student and friend, Mike Roberts, introduced me to the 18-135!  Dang him, I bought one and it is, by far, my most used lens now, basically replacing the 18-55, which I gave to my grand daughter along with a 55-200 and a X-E2 when she got intereted in photography. I feel it is every bit as good as the 18-55 and more versatile covering 27mm-207mm vs the 18-55’s –  27mm to 82mm,  When the 16-55 f 2.8 came out I just thought it would be a duplicate of the 18-135 range, but with some nudging form my teaching partner Jack Graham and Austin based photo buddy Dudley Hawethore, I bought a 16-55.  It is very sharp, likely a little sharper than any of the others, but  honkin’ big, I mean beer barrel big, for a Fuji lens.  Just never fell in love with it,  so I sold it, simple as that!

Question from Linda H. in Birmingham.  I don’t see the 14mm f 2.8 in any of your lens packages, do you not hold it in high regard, you seem to say great things about it in the Guide Book II?  I have that lens and really love it, just curious!?

Linda, I love that lens and everytime a reach for it I grab the 10-24 because it is a little wider and as a zoom, more versatile.  Quality wise, it is one of the very best wide angles ever made by anyone and surely in the top three or four of Fuji’s XF lenses.  It is especially great for star and night sky work. I find it’s great for travel because it is small and light, I am committed to use it more, because everytime I do it rewards me with stellar images!!!  A lot of people never experience it’s magic because it is pretty expensive, but worth every penny!  You made a great decsion to buy it!

That’s a tough one Brad, but here goes;  First, no I don’t use the single focal length lens as much as my zooms.  Most of my work is nature, landscape, Americana and travel and in all those fields the zooms are hard to beat  You often find yourself not able to backuop or move forward enough and the zoom solves that problem.  Even though they get used less they do get used a lot.  The single focal length lenses are superlatively sharp and when working in very low light the fast apertures are a real blessing for focusing and when you want to get deliberate shallow depth of field.  As to the two new compact f 2 lenses, I love then for their size, build quality and focusing speed, both of which beat the two fast primes pretty handily!!  In terms of absolute optical performance I’d give the 23mm f 1.4 a small edge over the F 2 version and the 35mm f 2 a slight edge over the 35mm f 1.4, but honestely it’s very close in both cases!  None of them can match the optical performance of the 16mm f 1.4, it’s down right scary sharp!

Question from Jim K. in Hartford.  I see from your road map that you no longer have the 50-140, though I remember you had it a workshop last year.  What’s up with that???!!!

Question from Olivia P. in Los Vegas.    You stated in your book and when I’ve seen you speak that switched from Nikon to Fuji to save weight.  With all the gear you now own, have you really saved much weight, and do you ever miss your Nikons?

Olivia, the Nikon gear I owned weighed about twice what the Fuji gear does and I have approx. the same number of lenses and bodies.  I don’t carry all of it though.  I travel by car and airplane with a big rolling bag that holds two bodies and up to 10 lenses.  When I get on location I pull just a couple or three lenses and a body out for each shooting location, going back to the car for changes if I need something different, That way I have everything with me, and still carry a much lighter load in the field.  I use a Domke vest and it is far easier than the backpack days of the past.

Do I miss my Nikons?  After 43 years as a dedicated Nikon guy it’s still in my blood, but for what I do now the Fujifilm X-Series is a much better fit and I am producing the best work of my life, so I guess I would have to say, no, not so much!

Question from Diane W. in Salt Lake City.  Since you are an X-Photographer, do you know what is coming in the way of lenses and what  you’re personally hoping for?

Diane, I don’t know anything  more than what we all read on Fuji Rumors  and other sites on the web.  I did have prior knowledge of some lenses we have now, earlier and the GFX a year before we heard anything about that, but of course was sworn to keep it secret.  As to what I “hope” to see?  Can’t wait for the already mentioned 80mm Micro f 2.8.  Sad the 120mm Macro f 2.8 was cancelled!!!  Would love to see a 200mm f 2 that worked great with the current 1.4 and 2X converters.  The rumored 8mm- 16mm wide angle zoom would be something I would love.  Still want a long Macro 120mm or 140mm , that would be great.  Maybe a shift tilt lens and a 8mm fisheye.  I really want a 60mm f 2 like the other compacts, but since a 50mm is coming, I doubt we will see that since a a50mm is already out.  How about a 70mm f 2  that would be a 105mm that be sweet and perfect for portraits!!!!!

Thanks for the questions and please keep them coming!  I know you were expecting images from the Bone Yard this weekend, but I cancelled the trip to stay close by while Wes goes through more tests, prayers are still needed! 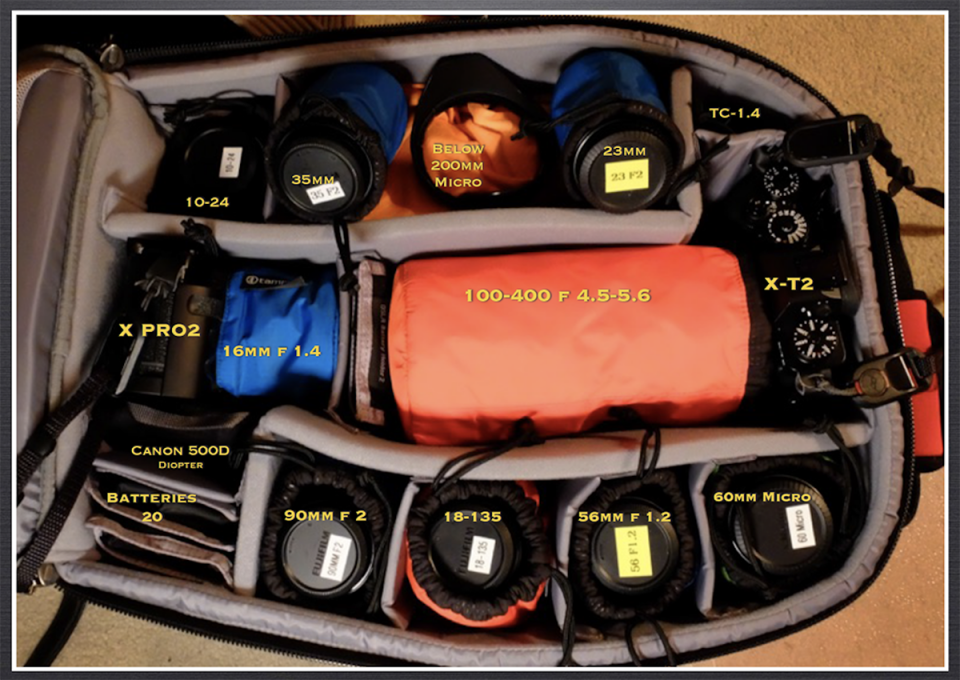