With a Debt of Gratitude….. 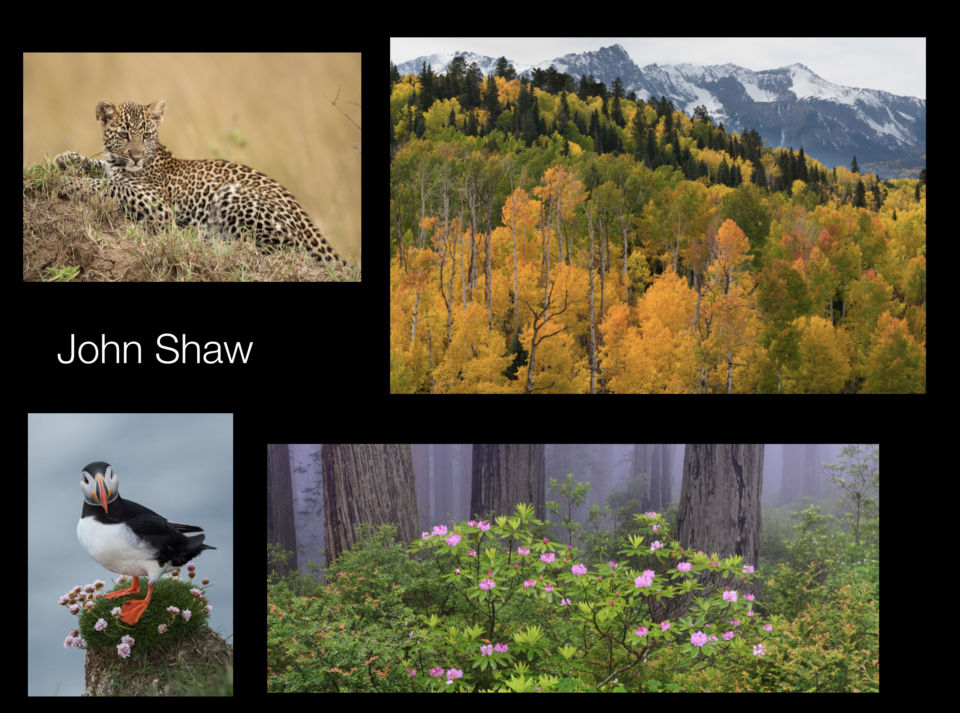 It’s probably best to start near the beginning!  When I first got involved in nature and outdoor photography the greatest influence on me was the teacher, photographer and writer John Shaw.  He became the mentor for thousands of photograpehrs in the 70’s and 80’s and up to today!  He was a great technician, and shooter but and even better teacher, making the most complex concepts of photography easy for us all, to learn and undertstand!  Thanks John for such a great kick start for so many of us!!! 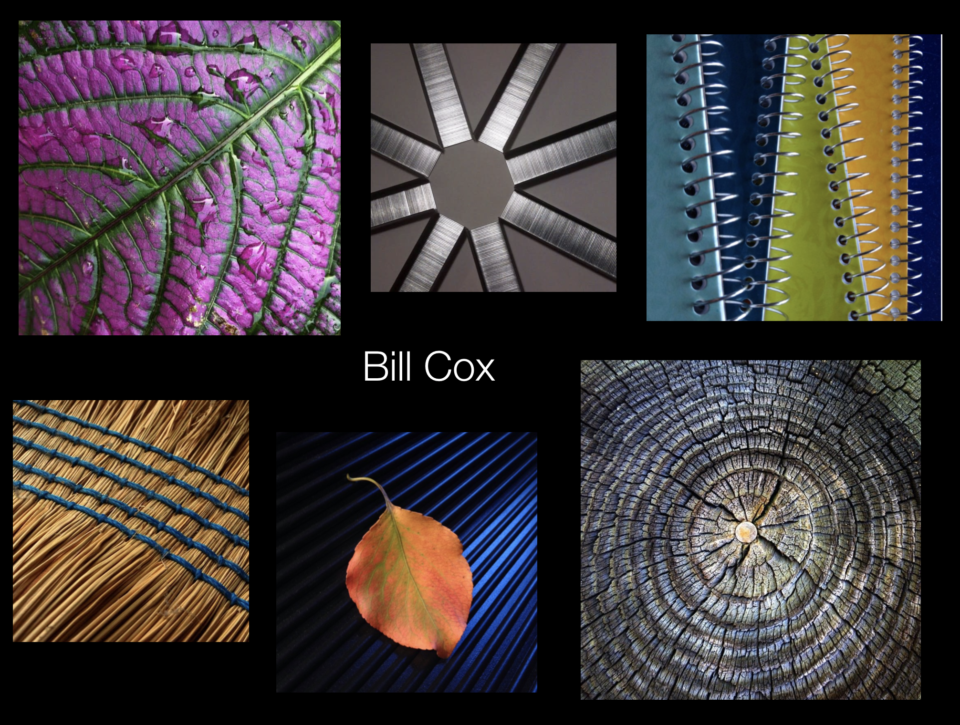 In the early days of my photography a lot of my photo education came from our local camera club, the Appalachian Photographic Society.  The friend and member that inspired me the most was Bill Cox.  He was a college student and had one of the best photographic eyes I’ve ever scene, then and to the present day!  Bill had a magical ability to see graphic compositions as illustrated by the imges above, all done with his iPhone!!!!  Bill is still one of the best pure shooters/artists I have ever known! 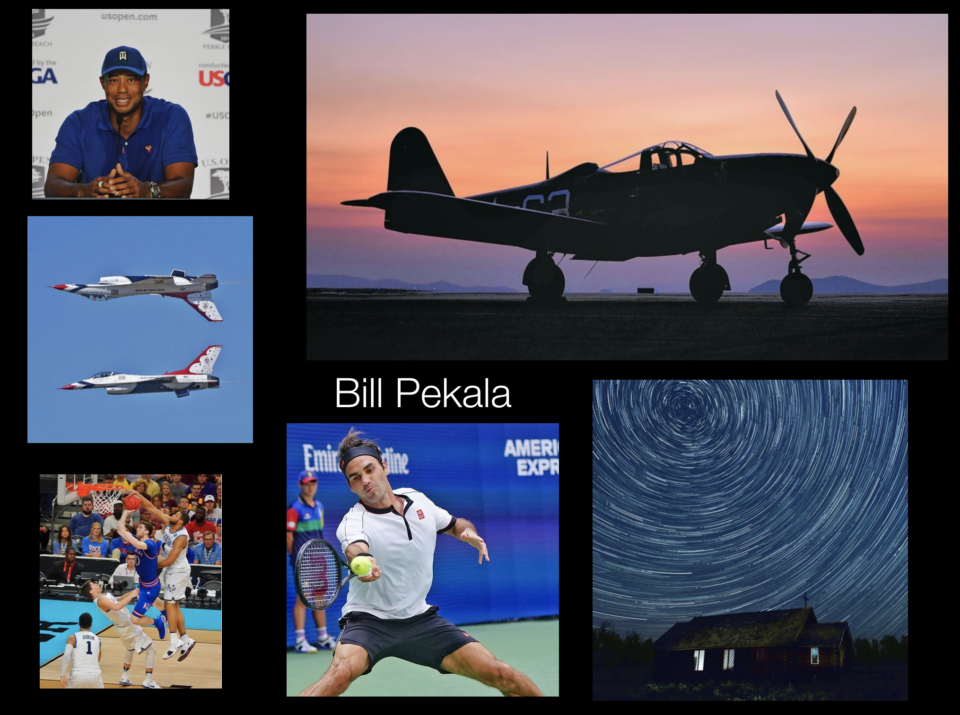 In the early 90’s I went to work for Nikon as a Professional Markets Tech Rep and my boss and long time friend was Bill Pekala. Bill was and is a photography industry legend.  For almost 40 years he led Nikon’s NPS (Nikon Professional Services) division.  During much of those early years Nikon dominated the industry as the true choice of professionals.  Bill provided me the oppotunity to cover shuttle launches, Masters golf tournaments, air shows, Super Bowls and much, much more.  He became one of my dearest friends and I still have the upmost respect and affection for him,  Bill also happens to be a terrific shooter too!!!!  As a side note, Bill Pekala went to work for Sony as a consultant after he retired from Nikon and is very much responsible for their meteoric rise in the Pro market!  No surprise, like I said,  “He is a Legend”!!!! 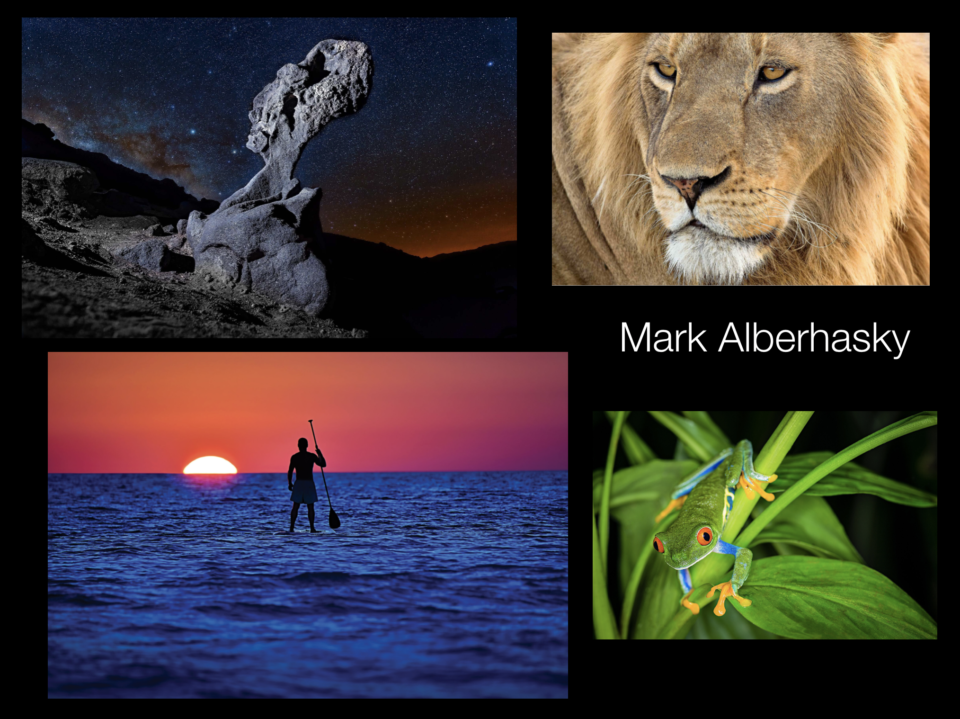 During the time that I was working for Nikon I did a class at Santa Fe Workshops and met one of the most talented photographers of my life, Mark Alberhasky.  Mark’s work has always inspired me to be better and his graphic and artistic approach is among the best I’ve ever seen!  His work is truly stunning and he also happens to be one of nicest people I’ve ever been privileged to get to know along this journey!  If you want to be wowed go to his website  IMAGEMA, but be prepared to be blown away! 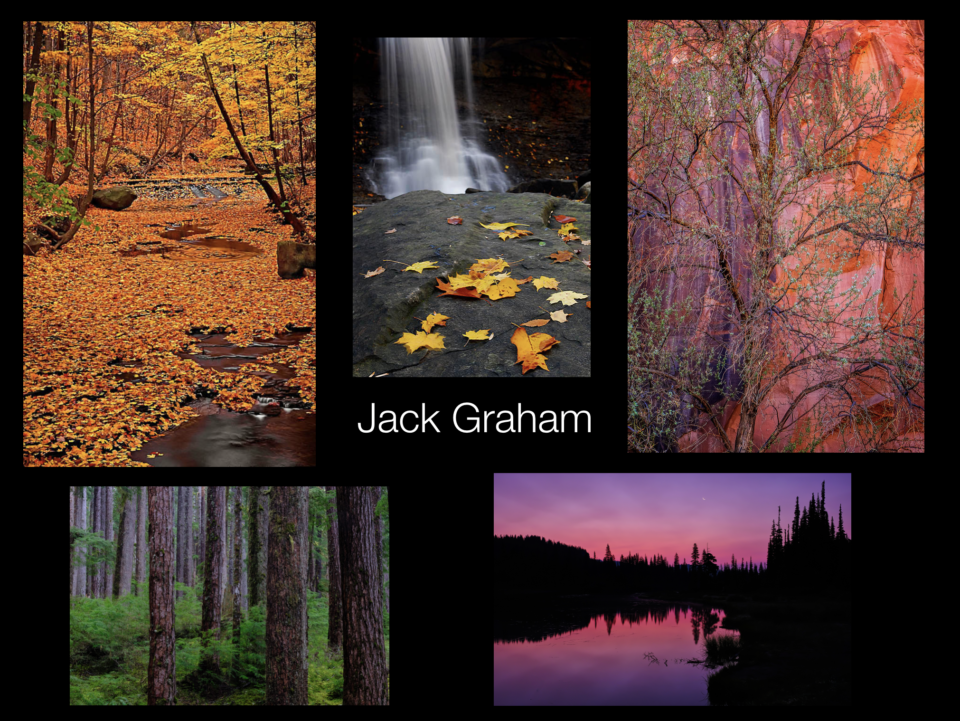 Early in my teaching career,  running the Great American Photography Weekends I met a professional trumpet player who turned out to become my very closest friend.  Jack Graham is a world class shooter just as he was a musician of such skill that he played with many legends including Frank Sinatra!  Jack and I started to teach together when I retired from Nikon in 2013 and the last nine years have been some of my best in photography!  We’ve greatly enjoyed each others company and are brothers in Christ!  Jack is also a legendary workshop leader and teacher! 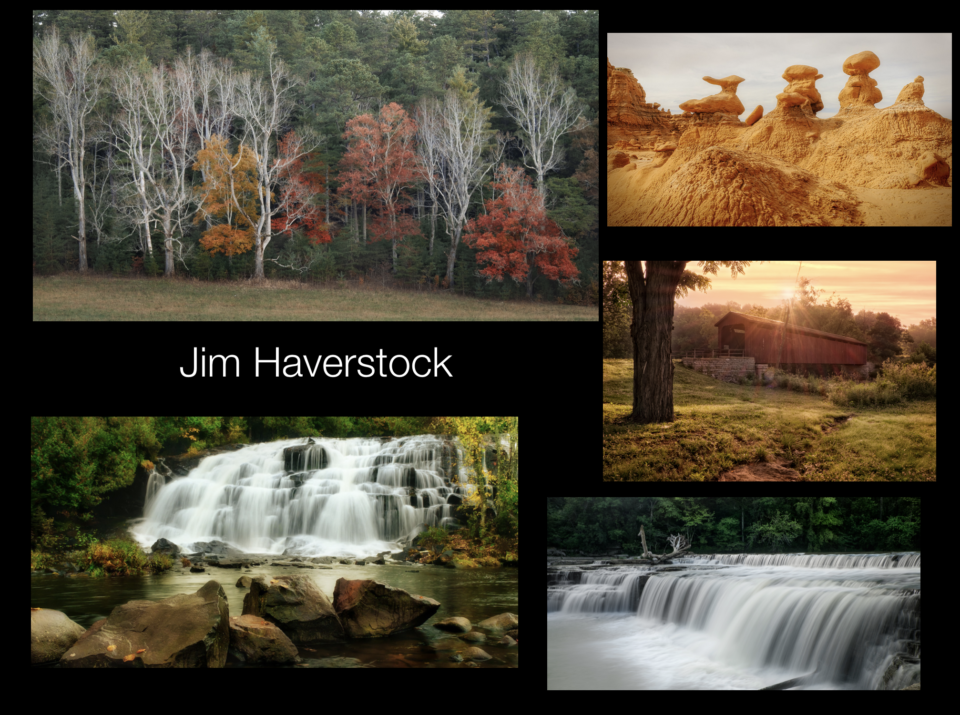 During this same period I met Jim Haverstock and his wife Sue.  Jim is one of the finest, kindest and most dedicated Christian I have ever known.  A very skilled photographer and one of the most fun people to be in the field with enjoying shooting and fellowshipping!  I talk to Jim almost everyday, a day without touching base with him is a lost day! 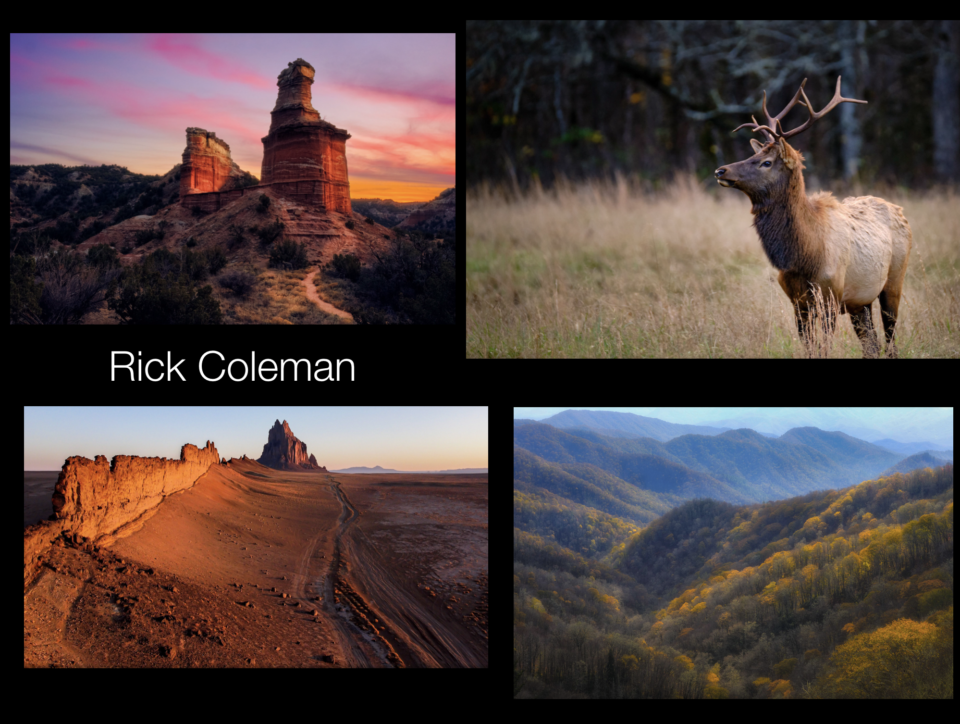 Another dear freind that has come out of the His Light Workshops is Rick Coleman.  In the dictionary under Class Act there should  be photo of Rick.  A true pleasure to be with and a wonderful shooter, He  Jim, Jack I often enjoy working together in the field!  Rick is another of those artists that you can only wish you were as good as him! 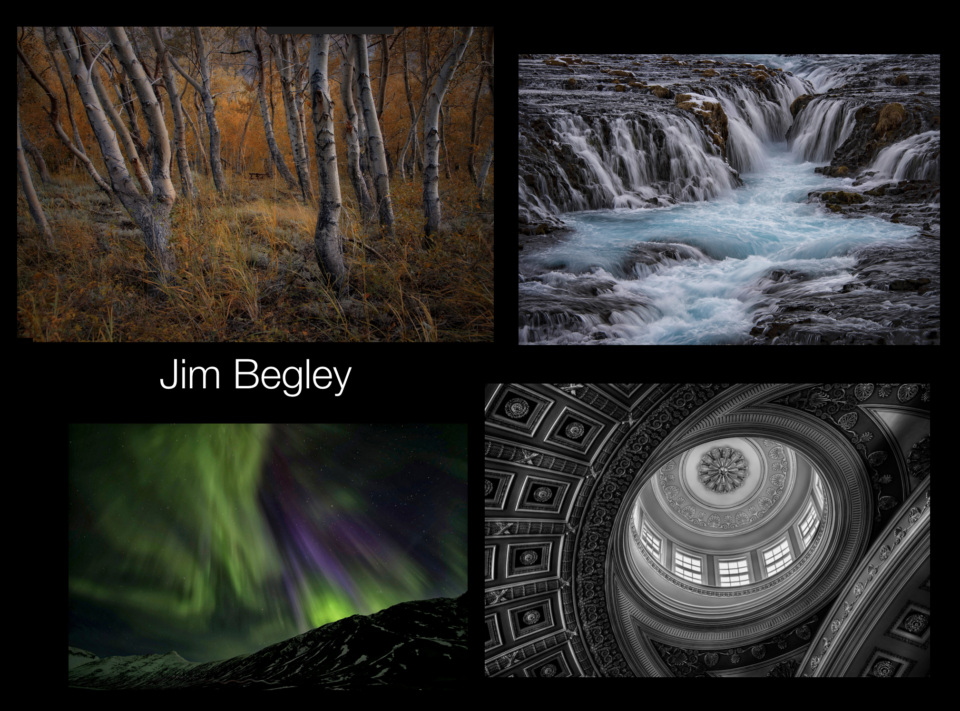 Jim Begley was co-founder of His Light Workshops with me and we had years of great times traveling and shooting all over America.  Jim is one of the most skilled photographers I know, his work is simply stunning!  His skill as a HD technician is unmatched and the resulting photographs are breathtaking!  Jim is from my own home town, making me, at best, the second best shooter in town!  Jim is also the consummate Christian gentleman! 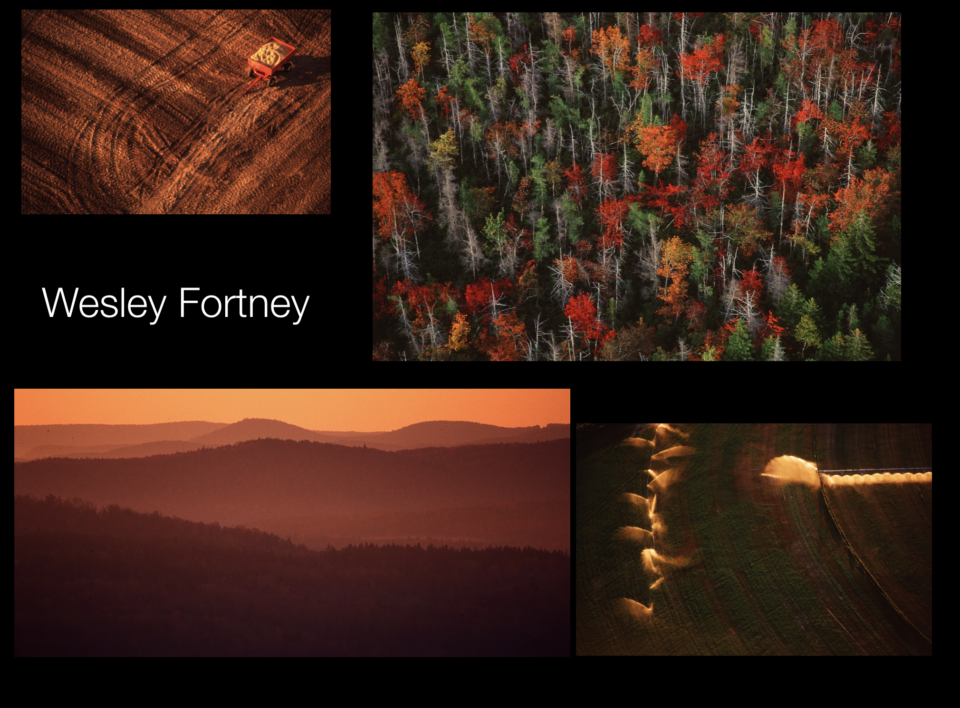 Over a decade ago my son Wesley and I did the America From 500 Feet book together.  Over the course  of that adventure he became a very skilled shooter and more importantly we got to spend 14 months together driving over 123,000 mile across America shooting and flying together  When we lost Wes to cancer three years ago we still would thank each other often for the greatest adventure of our lives!  I’m thankful we had that time together!  I will see hm again one of these days, I know where he is!

Many people have been great friends and helped me photographically over the past 53 years, but these were some that I wanted to thank again for enriching my life beyond measure!  God surely used each of them to not only make me a better photographer but, I believe, a better man!